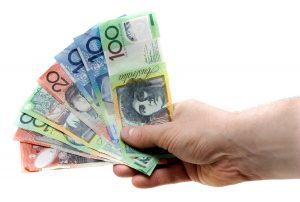 The relevant provision in the Family Law Act, relating to legal costs, is section 117.

Section 117(1), abolishes, for the purposes of Family Law Act matters, the general rule that in civil proceedings, an order for payment of legal costs ‘follows the event’.

This has the effect that an order for a person to pay the other party’sLegal Costs is not frequently made in Family Law Matters.

The Court can however, in appropriate cases, make an Order that one party pay the Legal Costs of the other party.

Section 117(2) gives the court a general discretion to make costs orders, if it is of the opinion that there are circumstances that justify it doing so.

The court may make whatever order for costs it “considers to be just”.

Section 117(2)(A) sets out the matters that the court shall have regard to in exercising this discretion, those matters including:

If a Court makes a Costs Order, how much will they Order to be paid

The court has a wide discretion as to the calculation of costs.

“In making an order for costs in a proceeding the Court may:

(a) set the amount of costs; or

(b) set the method by which the costs be calculated; or

(c) refer the costs for taxation under Part 40 of the Federal Court Rules or under Chapter 19 of the Family Law Rules; or

(d) set a time for payment of costs which may be before the proceedings is concluded.”

Examples of cases where costs have been ordered might include:

In such cases, Courts might order a fixed amount (for example $5,000.00 or more, or less) or for the Legal Costs incurred to be assessed under the Court Rules.

You can read some actual cases where the Court considered ordering costs and see how much was ordered.

Other Pages in the How to Represent Yourself Section