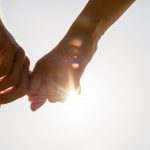 From 9 December 2017 Same Sex couples have been able to marry in Australia.  Previously, in Australia, if a Same Sex Couple wanted to formalise their union, only some Australian States and Territories allowed couples to have a Civil Union or Civil Partnership.

Only some States and Territories allowed an official ceremony.

Same sex couples were able to have Civil Unions or Civil Partnerships in:

Queensland did briefly have legislation allowing a Civil Partnership with an official ceremony however after a change in government in 2012, that legislation was amended to only allow for the Registration of a Same Sex Relationship.

Read more about Marriage and Civil Unions for Same Sex Couples in the information sheet We’re in a Same Sex Relationship – Can we have a Civil Union.

The laws about fostering or adopting children for same sex couples is explained in our information sheet We are a Same Sex Couple – Can we Foster or Adopt Children.

Find out more about having a baby through artificial insemination in the information sheet Using Artificial Insemination to have a baby in a Same Sex Relationships.

You may have acquired some assets or got yourself into a position where you are earning a very good wage. The information sheet Should I enter into a Binding Financial Agreement to protect myself may provide some helpful information for you.

If you are thinking about entering into a Cohabitation Agreement with your partner, read the information sheet What type of Binding Financial Agreement do I need for more information.

You can read more in the following sections of our website:

Other Pages in the Same Sex Relationships Section