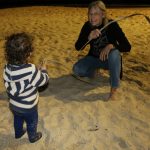 How to get a Court Order to see your Grandchild

Does a Grandparent have to take court action?

Grandparents are able to do this because the Court considers it the right of the child, to enjoy a relationship with close extended family members.

Just because the parents are in Court getting orders about which parent the child lives with and how much time they spend with the other parent, does not mean, it will include grandparents. Grandparents need to apply separately, so that they are also listed on the court file as a ‘party’ to the court action.

A Grandparent does this by filing an Application with an Affidavit in support of their application.  First the Grandparent will have had to attempt Family Dispute Resolution (Mediation) so that they have the Section 60I Certificate that must be filed.

What Orders can a Court make for Grandparents?

If an Application is made to the Court for an Order for a Child to communicate with, or spend time with their Grandparent, the primary consideration for the Court is what is in the best interests of the child.

Grandparents can seek an order to:

What will a Court want to know?

As well as other issues, the court will consider:

The Court usually recognises that Grandparents play an invaluable and necessary role in the lives and emotional development of their Grandchildren.

Accordingly, unless there is evidence of abuse or violence, it is rare that a Court would not make an Order for a Child to spend time with their Grandparent.

The Court will usually be looking to see whether the relationship between the Child and their Grandparent is meaningful, on-going and is of significant benefit to the Child’s life and if not, why not.

We also have the following information sheets about the topic of Grandparents spending time with their Grandchildren, Grandparents rights and similar issues facing Grandparents: