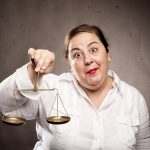 How does a Court decide Relocation Cases?

Courts assess whether or not a parent should be able to either relocate with a child, or for the kids to be ordered to return to their former location of residence (if they have already moved) on a case by case basis, according to the facts of each case.

There aren’t any set hard and fast rules in place unfortunately, which if there were, might help you work out what a Court would do in your situation.

If you read through the sorts of things a Court would look at though, which we set out below, and read through some cases that have actually gone through the Courts to see what the Court did there, you might be able to get a feel or a gut instinct of what might happen in a situation such as your own.

The short answer is no, there is not.

The proposed (or actual) distance of the relocation is however a major factor for the Court’s consideration.

The further away a parent moves, the harder it will be for the relocating parent to show that it is in the child’s best interests to move that distance away from the other parent, as the contact with the parent left behind, is likely to be much less frequent.

A big issue for the Court will be how much regular time the parent left behind, or proposed to be left behind, has been spending with the Child.

If a Parent hasn’t been spending any physical time at all with a Child for some time, or only school holiday time, then relocation of the other Parent is likely to be less of an issue, as the relocation isn’t likely to have much effect on the relationship between the Child and the Parent left behind.

If a Parent has been spending say either equal time or significant and substantial time, or even regular time during the school term, with a Child and the distance that the other Parent wants to move, will mean that same time won’t be able to be spent, then the proposed relocation becomes more problematic as it will impact the parent left behind having the same ‘meaningful relationship’ with the child, which is a ‘primary consideration’ in the ‘best interests of the child’ factors, as outlined above.

If a parent only wants to relocate an hour or two away, and the other Parent has only been spending alternate weekend time, then that move will have less impact on the relationshp that exists between the parent and the Child.  It can be argued however, especially as the Child approaches their teenage years, that they will want to spend more time with their friends or in an after school job, and be less interested in spending time travelling say 2 hours to see the other parent.

When a matter comes before the Court to make a decision on whether a parent is allowed to relocate with a Child, or whether the relocation should be refused, or a recovery order issued for the children to be returned to the parent who did not move away, the Court will almost always, also make Interim Orders about not only who the Children are to live with, but the time they are to spend with the other Parent.

You can read actual cases on what Courts have Ordered in different relocation or recovery applications, on our website.

If Relocation is allowed, who pays the costs of the Child’s Travel to the other Parent

If a Parent is allowed to relocate with a Child, a big issue often arises as to who pays the costs associated with a Child travelling to spend time with the other Parent.

Again, there are no hard and fast and set rules about what orders a Court will make about this.

Some Judges say if a parent moves away then subject to hearing about the financial circumstances of each party, the relocating parent should pay the costs associated with the Child then having to travel to spend time with the other Parent, especially if it is air travel.

Some Judges will order the costs to be shared, or each parent to take turn about paying for the travel, especially if it is air travel.

If the travelling is going to be done by car, rather than by plane, then the Court will look at the distance to be travelled and any tolls payable, and bear that in mind when deciding on who does pick up or collection, whether they should meet in the middle or at some other point.

Other Judges will look at a range of factors, such as:

A relocating parent must present good reasons to the court as to why the relocation will be in the ‘best interests of the child‘  (detailed in Section 60CC Family Law Act) and what arrangements they propose for the other parent to have regular and meaningful time with the child.

There is more than that and in fact a list of factors the Court must also look at and assess.

Additional Considerations [Section 60CC(3)] looked at by the Court to decide the Best Interests of Children are:

The Act does specifically say it must consider “any other fact or circumstance that the court thinks is relevant” and accordingly, the can also look at:

The Court will balance the above considerations, together with anything else they think is relevant, against the right of freedom of movement of the relocating parent, bearing in mind that the final decision must be what is in the ‘best interests of the child’.