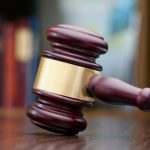 Relocation when Court Orders have previously been made

If you have Court Orders in place, hopefully they will contain a clause which prevents a parent from relocating.

If your Court Orders do contain a strong relocation clause, then relocation is a contravention (breach) of the Order, and the non relocating parent can file a Contravention Application in the Federal Circuit Court of Australia.

Unfortunately neither the State Police or the Federal Police will enforce a Court Order to recovery or take the Child from a Parent, unless the Court has actually made a Recovery Order which contains a specific clause empowering the Federal Police to act.

An additional safeguard might be the type of ‘Parental Responsibility Order’ you have if your Orders were made since 1 July 2006.

The default position is a presumption of shared parental responsibility.

If your Order says the parents have “ Equal Shared Parental Responsibility” then this means the parents must discuss and agree upon major long-term issues affecting the child.

Long term issues are defined by the Family Law Act 1975 to include changes to the child’s living arrangements that make it significantly more difficult for the child to spend time with a parent.

Relocation if Court Orders haven’t previously been made – Is it Kidnapping?

Is it ‘kidnapping’ if a Parent takes a Child and moves away with them?  No it is not. It is often referred to being kidnapping in America and that can make it confusing in Australia when we hear of that.

In Australia, moving away with your own biological Child, is not a criminal offence, nor any civil offence.

The most it can be  is only a contravention of previous Orders, if Orders have previously been made about where the Child is to live and spend time with.

If there are not any Orders in place about who a Child should live with, then the Child can be with either Parent, until a Court makes a decision about what is in the best interests of that Child and makes some Parenting Orders for that Child, either on an Interim or Final basis.

When faced with a relocation or recovery application, there are different types of Orders which might be made by a Court and we go through those different options below.

Can a Parent be Ordered to move back or is it just the kids?

Courts recognise a Parent’s freedom of movement, so it is rare for a Court to actually make a ‘Coercive Order’ to make a Parent who has relocated with children move back to their former place of residence.  There is wider power about orders for Kids however.

When Courts hear these types of applications, there is normally evidence before the Court as to whether if ordered to do so, the relocating Parent will return to live in their former area near the other Parent, or whether they are unable to do so at all (ie due to a Job etc).

That means the main issue before the Court will be about whether:

Alternatively, the parent who is left behind, who didn’t move, might bring a ‘Recovery Order’ seeking the Children be returned to them in the area where they lived previously.

Types of Relocation or Recovery Orders a Court can make

Courts can make a variety of different types of Orders. This includes:

Whenever a Court is asked to make a determination on whether a relocation with the children should be permitted or refused, or a recovery order issued for the children to be returned to the parent who did not move away, the Court will usually also always make Interim Orders about not only who the Children are to live with, but the time they are to spend with the other Parent.

You can read actual cases on what Courts have Ordered in different relocation or recovery applications, on our website.