Who keeps the Family Pet if you Separate after Relationship Breakdown 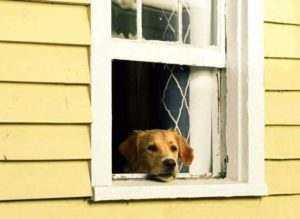 We all adore our cats, dogs, guinea pigs, birds, turtles etc, so gets to keep the family pet after you split up?

It is becoming an increasing issue, particularly given the amount of people who grow particularly attached to their animals, sometimes after their kids have grown up and left home, or for those deciding not to have children and have ‘fur children’ or ‘fur babies’ instead. Animals often become a primary companion for a lot of people.

Pets and the Family Law Act

It’s not about what is ‘best for the dog’, they are not looked at in the same way children are in Family Law Courts. There is no specific provision about pets or animals in the Family Law Act 1975. The Family Court and the Federal Circuit Court only have the power (called the ‘jurisdiction’) to make Orders about a dog as an item of property.

Pets are not usually included in Applications for Property Settlement, unless you are talking about animals that generate an income, or who have considerable monetary value, like racehorses, breeding stock of a registered breeder (particularly if the animals are registered in joint names) or farm animals forming part of farm stock.

How Courts deal with Pets Overseas

The situation is different overseas, particularly in America where ‘pet custody’ cases have been increasingly fought. In fact in January 2017 laws in Alaska came into effect requiring the court to take “the well-being of the animal” into account when making decisions about pets in family law separation or divorce proceedings, the option to assign joint custody of pets and to protect pets in domestic violence cases, allowing courts to include animals in restraining orders. Overseas, that law being passed and having taken effect has been hailed as ground breaking and unique.

Who keeps the Family Pet in Australia

That is not the case in Australia however, despite the important role of pets within families and the high rate of pet ownership in Australia (combined with the almost 50% divorce rate).

The Family Court and Federal Circuit Court are understaffed and under-resourced, so Australian Family Law Courts don’t really want to see applications about who gets the family pet. Unless the animal is valuable by virtue of being a racehorse or breeding stock, Judges are unlikely to be pleased to see a dog, cat, bird, fish, turtle, guinea pig etc included in a property settlement application and are likely to look unfavourably on someone doing so.

There are a number of cases (we go into below) which have gone before the Family Court and Federal Circuit Court where a Judge had to decide what would happen with the family dog.

If you are intent on including your family pet in a Property Settlement Application in the Federal Circuit Court, then you need to remember that one of the options open to the Court rather than ordering it to go to one of the parties, is to order the pet be sold, like than can order with a house or car.

The Federal Circuit court view family pets as ‘personal property’ and not relatively valuable property at that, more like Clothes, DVD’s, a Music Collection, Couch, etc, rather than like a more expensive asset such as a Car or a House.

In Australia, the Family Court and the Federal Circuit Court usually views animals such as Racehorses, farm stock, or a registered breeding animal as a business asset.

So essentially, the family pet is an ‘emotional asset’ and there is no such thing as ‘time’ or ‘visitation’ (previously called custody, access, residence) with a dog, cat, bird, fish, turtle, guinea pig or the like.

What can you do about your Family Pet after Separation?

Basically, people need to try to negotiate an outcome themselves. Often if there are children who are attached to the family pet and the children are going to spend more time at one house rather than the other, then the pets might stay living in the house the kids spend the most time at.

In other circumstances, some people actually have the dog living wherever the children are living, so the family pet goes to changeover with the kids. This can be particularly helpful for children with separation anxiety, a disability and to ease the stress of going between houses.

Increasingly, during Mediations, ‘Pet Parenting Agreements’ are made, where the parties decide who the animal is to live with, how much time they spend with the other party, who does changeover and how that occurs, what vet the animal goes to, what food they’re fed, where they are groomed and who pays the costs associated with the animal.

Mediators have reported arrangements such as a dog living with the wife and kids but the husband being able to take then for a walk or beach outing, once a week or fortnight.

Why do people fight over who keeps the family pet? Reasons include:

What happens if you:

There isn’t a lot that can be done unless your local Small Claims Court / Tribunal, QCAT etc (depending on which Australian State or Territory you are in) is prepared to deal with it.

If you can take it to one of these smaller courts yourself, or if you have the dog included in a Property Settlement Application in the Federal Circuit Court, it will be relevant whether:

Whichever way it goes, there is no such thing as formal court ordered ‘residence’ or ‘custody’ arrangements for dogs, cats or other family pets.

Pets don’t have the same ‘rights’ in the Court system that a child has.

Decisions about Animals in the Australian Family Law Courts

There are some decisions regarding who got to keep the dog which have been reported. So what are happened in some of those cases?

The Husband registered the dog into his name 8 months after separation and the Court found this to be self-serving, done only after the Wife asserted ownership of the dog.

Although the parties had been able to reach agreement about their property settlement and reached consent orders, they hadn’t agreed about the dog and the only issue that went to the Court for final determination was who should keep the dog.

The Judge ordered that the dog should stay with the Wife and so declared the dog as property of the Wife.

The Court ordered the Child to live with the Father, but the pet dog was ordered to go to the Mother given the Mother’s stress and long term bond with the dog.

The property settlement was adjusted to allow for costs associated with maintaining an animal.

The Judge said ‘The boy is attached to the dog. The dog is to go with the boy.” The Judge considered the best interests of the Child and upheld the welfare and wishes of the Child which happened to involve the dog.

If you are entering into a Binding Financial Agreement, then you could include within it, what will happen with any domestic pet if the relationship ends and you separate.

It would be best to include the details of the exact pet, if you already have one, but you may wish to draft the Agreement so that it includes any future pets you might also acquire, or acquire after the death of pets already owned.

You might want to specify who gets to keep the pet, or even how you plan to purchase a pet in the future, as well as who pays the costs associated with that pet.

Actual Order about who keeps the Dog

If you do reach agreement with the other party about who keeps a domestic pet as part of property settlement negotiations, then you might want to consider actually putting it as a specific order in your Consent Orders.

Given Australian society considers domestic pets as part of the family, it is shame there isn’t easy recourse for people to secure their pets, or have the Courts decide on appropriate arrangements, when people separate.

It is particularly tough for parents, who know how much their children are attached to their pet, to have to carefully consider whether they should include the family pet in a property settlement application or fear annoying a Judge for wasting their time with such an issue.

Even if one parent doesn’t want the pet to travel with the kids between houses, although they don’t have tangible value, the intangible or sentimental value and emotional importance to people of pets, should mean that there be a way they could be considered as part of family court proceedings as a matter of course, even if it is a shortened hearing before a Registrar rather than a Judge.

Other Pages in the Property Settlement Section